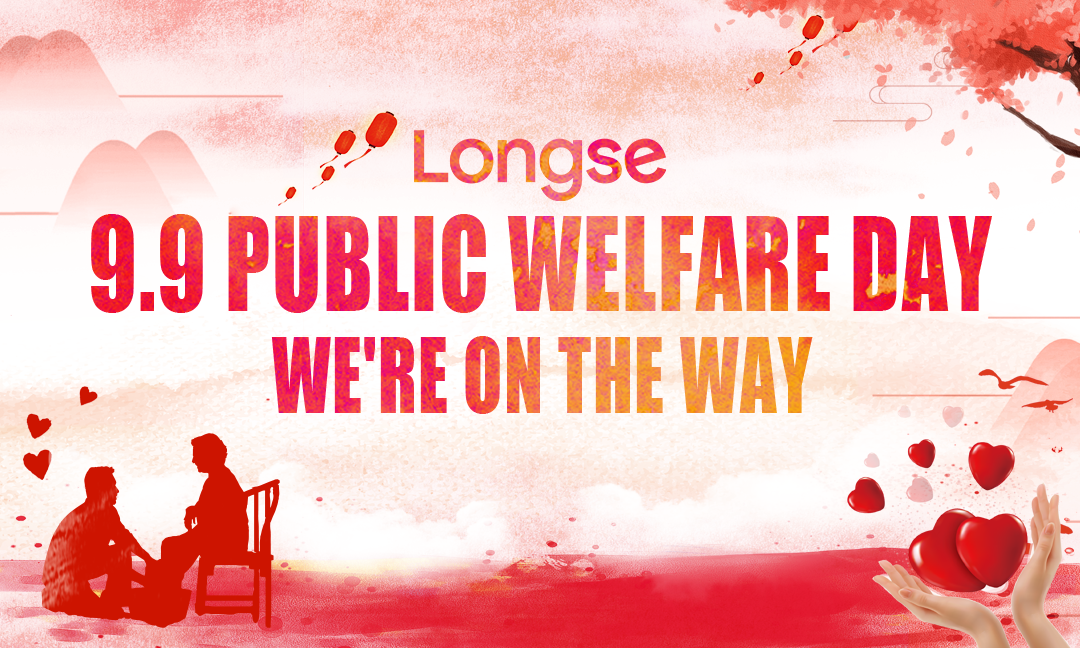 (Longse volunteers took photos with staffs of the nursing home)
Since its establishment, Longse Technology Co., Ltd. (or referred to as Longse Company) has been actively involved in public welfare undertakings, to carry forward the traditional virtues of Chinese nation and actively fulfill the social responsibilities by organizing charitable activities. September 9th of each year is Longse’s public welfare day, and public welfare activities are held regularly around the day, conveying the public welfare concept of “small deed but great care” to the society. In the future, Longse will still actively participate in education, environmental protection, community, poverty alleviation and other fields to fulfill the corporate social responsibility.
On the morning of September 10th , 2019, in order to actively respond to the call of “9.9 Public Welfare Day”, Longse Company held the theme public welfare activity “send warmth and love” in the nursing home. The most caring volunteer team which consisted of Longse’s administrators and staffs from different department in total 28 people paid a visit to the elderly at Huangpu Nursing Home and brought festival gifts to them.

（Volunteers are checking the stuffs）

（The staff is explaining the notices to volunteers）

At 9 am in the morning, despite of the scorching sun volunteers headed for the elderly dormitories under the guidance of social worker. As there were many goods, Longse‘s male staffs actively helped to carry the them. After reaching the dormitory building, everyone sent gifts to the elderly and interacted with them.

（Volunteers are visiting the elderly）

（R&D Director is visiting the elderly）

The elderly of the nursing home are very vigorous and enthusiastic. They met volunteers just like the old friends and gave volunteers a big hug in order to present their gratitude of this visiting and caring.

Uncle Li, who used to be a soldier, saluted volunteers as a welcoming way. Optimistic and talkative Uncle Li also made fun of Uncle Xie to let him interact and take photos with volunteers. Volunteers communicated with them in Sichuan dialect, making them laugh and happy. At last  volunteers took photos with the elderly as a memory, and the activity is ended with joy and laughter.

（Uncle Li and Uncle Xie are interacting with volunteers）