The event focuses on newest IT technology in Vietnam, especially new technology in CCTV.
Toan Phat attended the most popular IT festival in Tuyen Quang Province, Vietnam, Tuyen Quang IT festival, as an exhibitor and sponsor on Jan 6, 2019.
Mr Long, Sales Manager and Co-Founder at Toan Phat, said, “We’re so excited to launch Longse brand in Vietnam market. Longse is a big and reliable CCTV manufacturer in china, with high quality products and timely service! In 2018, Longse ranked to be top 5 in china CCTV factories, and did OEM for most international CCTV brands. Longse also focused on OEM in Vietnam market before, but from now on, We, Toan Phat, are bringing this brand to Vietnam, with our faith and perseverance. We believe we can do this perfectly, and we are always looking for partners in Vietnam to develop Longse together! ”
Products and demos from Longse
Toan Phat exhibited some products and demos during the festival, and attracted hundreds of customers and visitors, including the IP/TVI cameras, PTZ, LBH30, LIRDBA, LIRDN, LBE60 and LBB60/90 series, from 2MP to 12MP. The Smart PIR camera kits and Sound light alarm cameras attracted customers the most.
Longse smart PIR camera kits, consisted of 2 & 5MP AHD and 2MP WIFI IP cameras, with PIR Detector, Gas Detector and Sound alarm loudspeaker, can make sound alarm when people/ gas/ smoke detected. Longse’s sound light alarm camera is a kind of IP camera, which can make sound and alarm light when people invade surveillance area. They are so smart that attract too many customers, Toan Phat team spent most of their time introducing these two kinds of products. 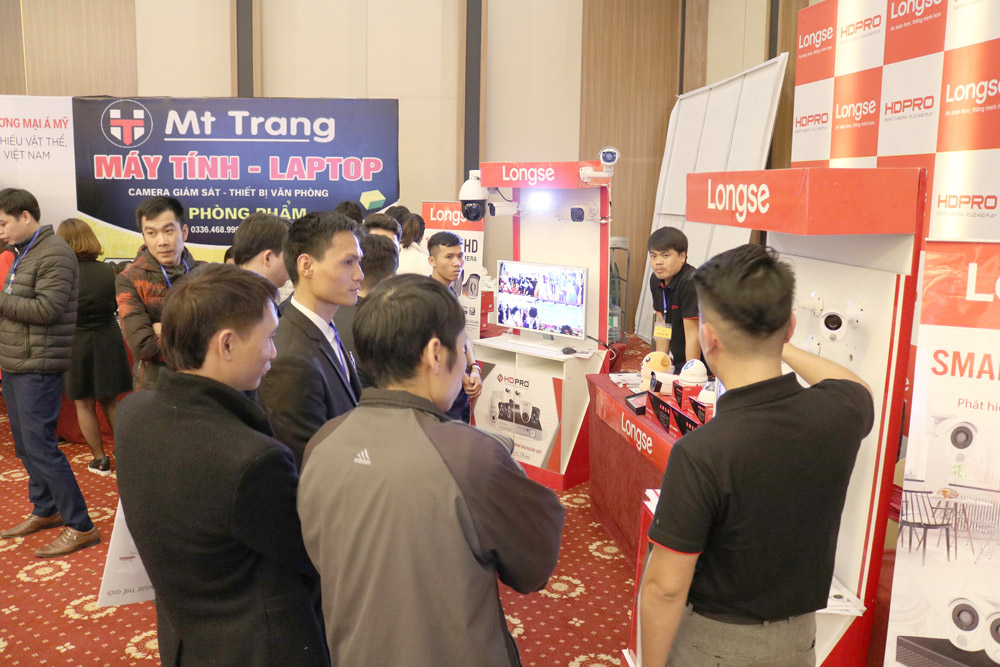 Opening the door to new partnerships
The Tuyen Quang IT festival enables companies to go with a brand new platform to make them co-market their products and solutions, with the potential in this industry. “We’re always working towards our not only the local customers but also the oversea ones by bringing them added value, and partnering with Longse is a great way to do that,” said Mr Long. “We’re looking forward to showcasing the significant value of our existing partnerships, and to opening the door to further brand new and thrilling collaborations under Longse.”
In order not to extinguish the enthusiasm from customers and visitors, Director of Toan Phat Technology., Jsc, Mr Thang, announced a special promotion during the festival: Any order over 1 million VND ( which is around 43 USD), will get lucky draw coupons, which have chance to get Yamaha motorcycle (worth around 1800$) . Valid only until 28 Feb, 2019.

About Longse
Longse Technology Co., Ltd. is a professional IOT (Internet of Things) solution provider with video as the core. Our products are sold to more than 180 countries with high reputation. We are continuously devoted to enhancing brand credit and reputation, developing overseas customers, as well as seeking market expansion and promotion, and sharing better and stronger together.
For more information, please visit us at http://www.longse.com